Forging a Nightmare by Patricia A. Jackson

Welcome Back, Booklovers! I've been wanting to read more urban fantasy so this instantly peaked my interest before I even saw the cover. Then I heard it combined different mythologies along with Christianity as a basis for the magic system and along with the NYC backdrop I knew I had to read it. I received an arc from Angry Robot in exchange for an honest review. 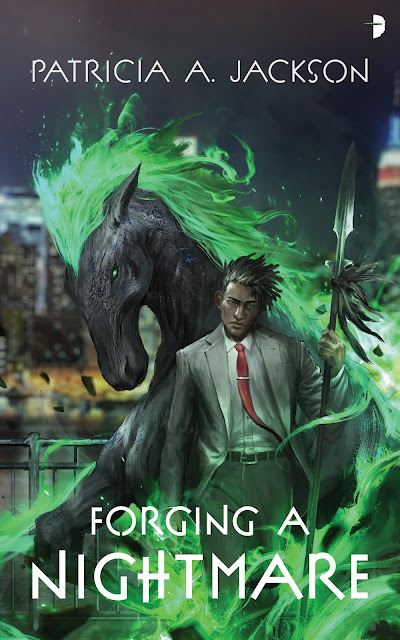 FBI agent Michael Childs has been assigned to a case where a serial killer is killing people who are born with 12 fingers and toes. At the crime scene there are letters written in a language Michael has never learned and he has to enlist his mother's help decoding it. She informs him that he was also born with 12 fingers and toes and that he is a Nephilim, the direct descendant of an angel. But Michael's father isn't just any angel. His father is Mikhael, one of the biblical archangels.

The case leads him to Anaba Raines who is a former marine thought to have been killed in action. Instead she's alive just no longer human. She has undergone a process called forging where she was tortured and blackmailed until she gave in to become a Nightmare. A nightmare is a mystical warhorse who can take on the powers of their owner. A skilled horseback rider and amateur jouster, Michael finds himself teaming up with Anaba to fight back against an army of angels. Before he knows it he's taking a spot as one of the Four Horsemen of the Apocalypse and attending grand balls hosted by Lucifer himself.

Having attended years of Catholic school, I have a very basic understanding of the theology and mythologies that this book was inspired by for it's mythos. But because we never dove into the Book of Revelation there were new things I was learning about different gods and the archangels. Patricia A. Jackson also includes Greek Mythology into this tale.

There's so many different moving pieces but it still manages to be entertaining. She knows at what points to speed up the action to keep the momentum flowing. And getting to know the characters in a story is just as important as the action and I liked that Michael and Anaba were fully rounded characters. I never questioned their motivations or was left wondering why they had certain reactions. Michael isn't just adjusting to all these secrets he also is working through his feelings of abandonment by his father. Anaba's fate was chosen for her and it's a lot to reconcile with knowing what she's endured. The relationship between them was also one that took me by surprise and I didn't expect to like them together as much as I did. Queue the riding innuendos!

Fans of shows like Supernatural and Lucifer will enjoy this. People looking for more Black fantasy stories but set in a contemporary setting will also enjoy. 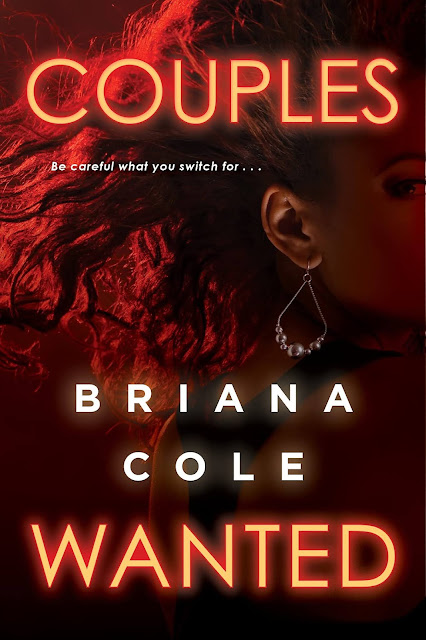