Welcome Back, Booklovers! I'm back with an interview by another great author and I'm so happy that I was able to link up with Hear Our Voices Book Tours to make this possible. Kara Lee Corthron not only writes YA books, she's also a playwright and television writer. You can check out my review of her latest release Daughters of Jubilation which I truly enjoyed after you get to know a little bit about the woman behind the book.

People may not know but you’re on the writer’s staff of the popular series You. How has your TV writing affected your novel writing?

It goes both ways. Though I write in different categories, how I approach writing is pretty much the same: what’s the story? Who are the characters and what makes them compelling? I think the more I write in general, the better I get at storytelling.

You are also a playwright having written plays across different genres. What is that experience like and how does it differ?

Playwriting can be incredibly satisfying if your plays are being well produced and you’re not depending on playwriting for income. There is something unique about people gathered in a room to experience a story with live human beings on stage. I respect all the new virtual theatre experiments that have been happening, but without that special, electric connection between actors and a live audience, I’m not sure what the draw will be once the novelty wears off. But maybe the virtual performances will be satisfying in a different way.

Because there’s generally not much money in theatre, plays that have the best chance at being produced tend to have a small cast and one simple set—not something I ever have to think about when writing fiction and though we have to produce responsibly, it’s not an issue to the same degree in TV. I’m sure it comes as no surprise, but the vast majority of plays professionally produced in this country are written by white men. At some point, it became clear to me that I was not going to be a wildly produced playwright and once I figured that out, I felt freer and my work became richer. I wrote a play with talking dolls. I wrote a hip-hop play with a giant, talking rat. Playing with the fantastical in theatre felt natural to me and that experience definitely influenced my choice to try my hand at YA fantasy. And when I began to work in TV, I felt even freer as a playwright because I had an actual source of income. It probably sounds like I’m talking about money a lot, but the sad truth is I spent many years worrying far more about money than the quality of my work, which was unfortunate. Finding a way to unite all my interests into a career as a multi-genre writer took a long time, but it’s the best fit for me.

Mostly great. I had some tough times there, too. Halfway through my first year, my mother passed away suddenly and I nearly dropped out. Because of a few fellow playwrights in the program and my mentors, I kept going. I learned the fundamentals of building a story there.

Plus, it’s Juilliard! I loved hanging out in Lincoln Center and there’s nothing quite like going into one of the lesser known bathrooms and hearing an exceptionally talented musician practicing the cello or viola—for some reason, it was always strings—in the lounge area near the sinks. 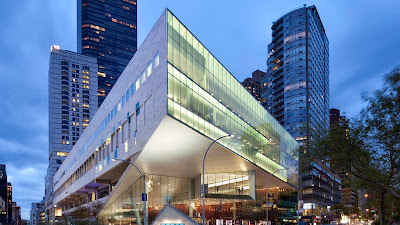 Do you have a favorite place you’ve gotten to travel to while working on a new play?

I’ve been fortunate in that I’ve gotten to travel to many beautiful places to write. The Italian Riviera is stunning as is the coastal town of Cassis in the south of France. I’ve loved working in all those places, but my all-time favorite is MacDowell. For those who don’t know, MacDowell is the oldest artists’ residency in the U.S. It’s located in New Hampshire just outside of a tiny, charming town called Peterborough. (The town in Thornton Wilder’s play, Our Town is based on Peterborough. Why? Because Wilder wrote the play while in residence at MacDowell, of course.) At MacDowell, the artists decide how their days will be spent. The only rule is that residents follow the meal schedule. They deliver lunch to each studio in a cute basket, which I love. It’s nice to be treated so well, but I also love it because you’re fed without disrupting the rhythm of your day. I hope every writer gets the opportunity to work at MacDowell at least once in her life.

Side bar: the last time I was at MacDowell, I was writing the very first draft of Daughters of Jubilation in a lovely studio where James Baldwin once stayed. Now I think it may have been haunted, but that’s some cool history! 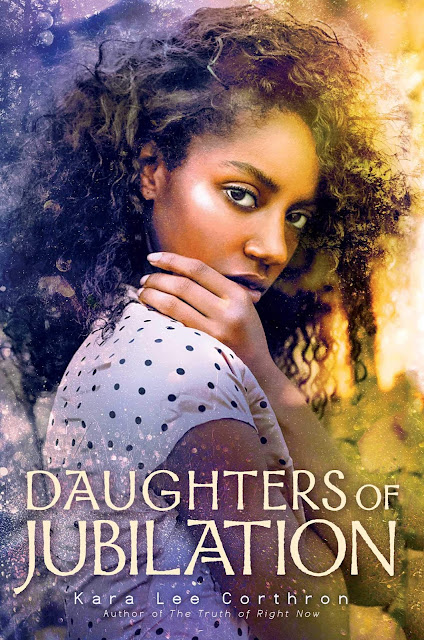 What is your writing process like when you’re ready to jump into a new novel?
Usually, I’ll get an idea that won’t let me go. Then I just vomit out some pages, maybe 30 or so and this tells me if my idea is worth pursuing. When I have trouble sleeping because I can’t stop thinking about the idea is a sign that I’m onto something good. Once I get hooked into writing, then I have to carve out as much time as possible, because I need to write in chunky time blocks, typically about three hours a session with a break in the middle. This is especially important for me when working on the raw first draft of something.
You choose to set this story in the Jim Crow South. What drew you to historical fantasy and this setting specifically?
It’s hard for me to pinpoint exactly where this idea came from, but there were a few powerful inspirations. I once saw a Gordon Parks’ photograph that left a deep impression on me. It’s from his “Untitled, Mobile, Alabama (1956)” series. In the photo, there’s a little Black girl in the foreground, a house with some people on the porch in the background and what appears to be a strange disturbance …coming from her head. Maybe it’s smoke, a distant twister, or a cloud of dust. But when I saw the photo—knowing the context, that Parks was chronicling the lives of everyday Black people living under Jim Crow—my imagination wondered what life might’ve been like for this girl if she did in fact have magical powers and with just one thought, she could wreak havoc on the world. This was a pivotal moment of inspiration for me.
Recently, I realized that part of the reason I wrote this book was to understand what my mother’s life as a teen might’ve been like. She’s gone now and when she was living, she didn’t talk much about her past. This was my way of imagining a world that she could’ve easily belonged to. So these things figured into my choice, but as soon as I began writing, my heroine Evvie would not shut up and she told me where and when her story took place. Hers was a not a voice that could be ignored (not that I wanted to). Even though this story is set in 1962, as we tragically all know the themes are all too resonant today. And the magic element? The power I dreamed of for that little Black girl in the Parks’ photo is what I’ve wanted for countless Black people today. We don’t live in a world where Breonna Taylor had the supernatural ability to protect herself and punish her murderers. So why not create one? 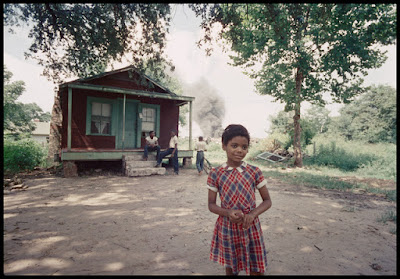 How was this experience writing Daughters of Jubilation different from writing your debut novel, The Truth of Right Now?
When I wrote The Truth of Right Now, I was a playwright, who’d always wanted to write YA, but was timid about committing to the idea. My timidity was the result of receiving a rejection letter years before that was a two-page, single-spaced treatise on everything wrong with my manuscript (the real first book I wrote). The editor ended the letter by suggesting I find something else to do with my life. I let this one person’s opinion of my skills keep me from writing YA again for nearly ten years. This is a long way to say that when I tried it again, I had nothing to lose; I was teaching in the middle of nowhere for a semester so I had time and I thought “it’s now or never.” So I just wrote a book that I wanted to read. With Daughters, I felt like I more clearly understood the undertaking of writing a novel, but the fear is the same. In both cases, I got to a point in the writing when I wanted to quit. In both cases, I worried that I’d never finish. And now, as I’m starting a new book, I keep asking myself, “How did I do this twice?” I’m comforted by how familiar my doubts feel. It’s just a part of my process.
What drew you to writing for young adults?
Ooh hard question. It’s almost like asking what drew me to ice cream. I just really, really enjoy writing for this audience and teen protagonists come to me easily. I also remember the intensity of the time between age 12 and 17. It’s the last time in our lives that we’ll develop in a significant way, the stakes feel unimaginably high, and many adults forget the urgency of being in that age range. And that just isn’t fair. My hope is that by writing YA, I’m showing young people the respect they may not often receive and genuine empathy.
Are there any books that have been published in 2020 or are going to be published soon that are on your must read list?
Yes, and I can’t wait until I have time to read them! I know there are more, but here are the ones I’m thinking about right now:
The Vanishing Half by Brit Bennett
Saving Savannah by Tonya Bolden
The Year of the Witching by Alexis Henderson
Magic Lessons by Alice Hoffman
Reconstruction: Stories by Alaya Dawn Johnson
Hood Feminism: Notes from the Women That a Movement Forgot by Mikki Kendall
Is there anything you’re currently working on that you can mention here?
I’m currently writing for the M. Night Shyamalan thriller SERVANT on Apple TV+. Season one is available now and horror fans should definitely check it out. As I briefly mentioned above, I am working on a new book, but that’s about all I can say right now. There’s also a movie that I probably can’t talk about yet, either…Let’s just say, I’m keeping busy.
What is one thing you’d like readers to take away from Daughters of Jubilation?
Everybody has some special magic within. You just have to find it. And when you do, use it with love.
Posted by Ms. WOC Reader at 8:00 AM

Ms. WOC Reader
Coming from a multicultural background I love to experience many aspects of different cultures whether they be food or folklore.

Welcome Back, Booklovers! Today I've teamed up with a friend to pair some of the hottest romances with the hottest products all from Pur... 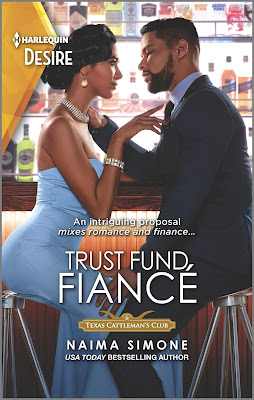